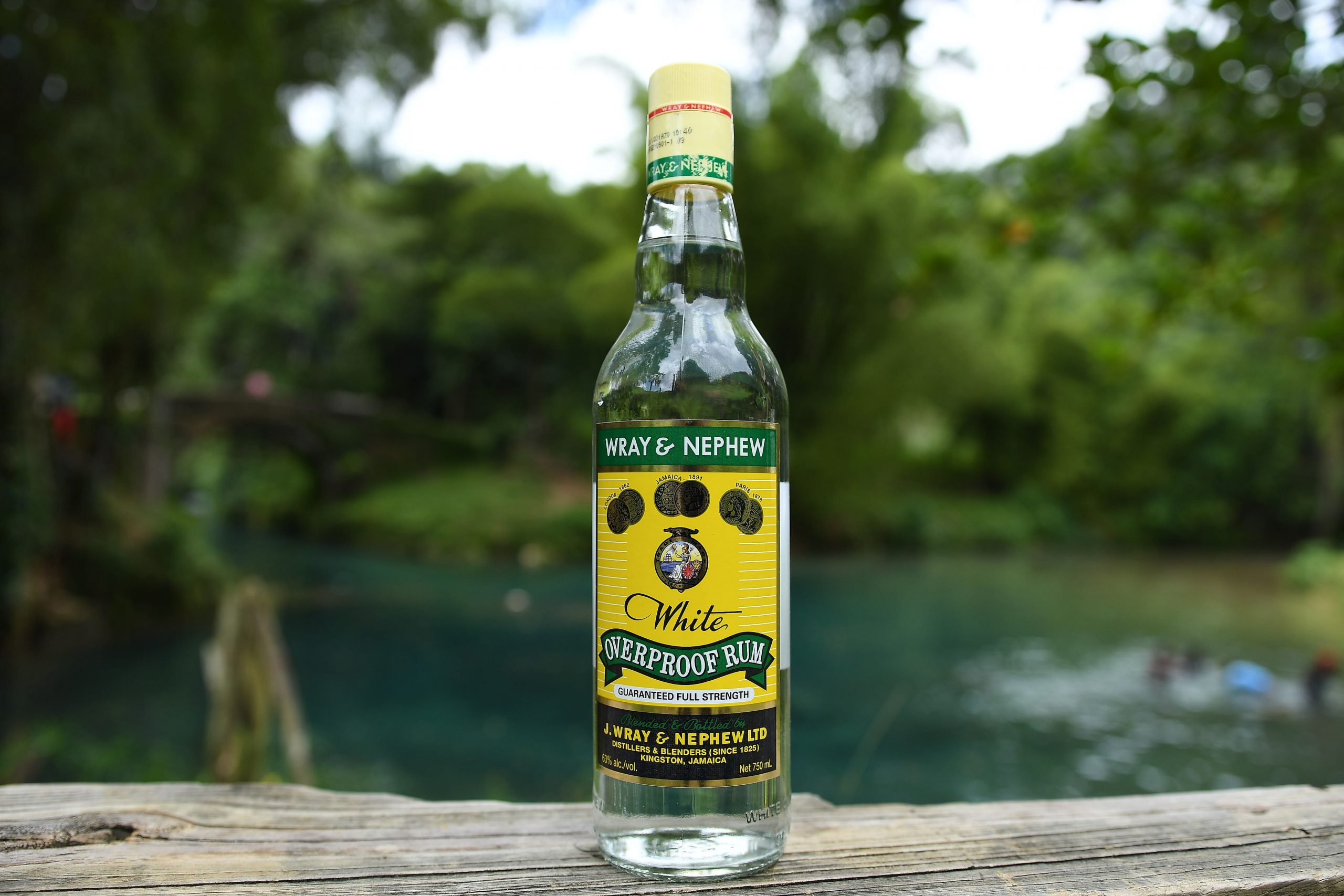 Beloved in every parish across the island, Wray and Nephew White Overproof Rum is as Jamaican as Reggae and Dancehall both of which have captured the heart of the world. Similarly, Wray Rum as it is often called, has captured the hearts of Jamaica and all of the region with its clean, unique taste and a signature strength for which it is praised.

Birthed in the 17th century, rum is the product of molasses and yeast from the colonial-era sugar production, reborn into a substance not only drinkable but bearing many purposes that are utilised to this day. While historically, some records show that rum was discovered in Barbados, it was without a doubt that Jamaica elevated the refining process. This has seen Wray & Nephew White Overproof Rum become the best selling white overproof rum in the region.

We are a long way from 17th century Jamaica but our connection to the Wray and Nephew White Overproof Rum is a solid one, with the iconic brand interwoven in our island’s DNA.

Rum enthusiasts as well as casual drinkers enjoy it straight, iced and tamed with chasers such as Grapefruit soda, pineapple juice, cola – virtually any beverage of your choosing owing to the versatility of the liquid. Many believe this stark clear spirit enhances every experience. But our Jamaican connection with Wray & Nephew White Overproof Rum goes far beyond sampling a great tasting light-bodied spirit.

Wray Rum, over the years, has set deep roots in Jamaican culture. It is one of those brands which connects with the heart and soul of the people effortlessly and authentically in a truly organic way.

It is a rum that embodies the strength and resilience of the Jamaican people through its green, black and yellow packaging which has remained unchanged since its introduction

to the market. Constantly in search for a sense of belonging as people, Wray & Nephew White Overproof Rum is the cord that connects us.

It is well documented that even Jamaicans who are not alcohol drinkers still use this rum in their everyday lives for a myriad of reasons, a testament to the impact the rum has had on the country for countless years. In virtually every Jamaican home whether “ah yaad, or abroad”, you will find a bottle of the ‘whites’.

Some will not shy away from testifying to the effectiveness of the white rum when used for varying purposes shrouded in tradition and folklore. But there are even more creative uses for this rum as the innovative spirit of Jamaicans have introduced over the years.

Of course, one source of this innovativeness is in the kitchen. Who would have thought that a splash of Wray Rum straight from the bottle (it’s no good otherwise) could elevate Jamaican staples like Cow Cod Soup, Curry Goat, Fish Tea, and Mannish Water? Not to mention the age-old tradition of soaking fruits in the rum for annual Christmas cakes and puddings for months and often years. When you open that jar, you are bound to get a strong whiff of the unmistakable aroma, a promise of the delicacies to come, and maybe a slap with a wooden spoon once the cook realises some of the fruits have gone missing. Sorrel is never, ever, complete without a healthy portion of Wray Rum to accompany the belly-fulls of laughter and togetherness throughout the festive season.

And this translates to community bars. Fiery debates with Wray Rum in hand on everything from politics, religion, the latest news and Aunt May’s daughter who ran off with Miss Maise’s son are interrupted only by slaps of dominos on a table, explosions of laughter or a goal scored from a football match on TV. Wray Rum is a symbol of camaraderie, creating epicentres of togetherness and belonging.

With its long-standing history securing it in the heart of the people, Wray and Nephew White Overproof Rum was aptly dubbed the official “Spirit of Jamaica”. It’s safe to say this spirit will continue to play a monumental role in Jamaican culture for many more years to come among the people who have known this brand and its distinct flavour for longer than they can remember.

Here’s to our authentic culture and the resilient spirit of the Jamaican people. Above all else, here’s to a future equally if not more resilient, celebrated to the fullest with a cup of something authentically Jamaican, Wray & Nephew White Overproof Rum, made all the better when enjoyed with those who share our spirit #FiWiCulture.