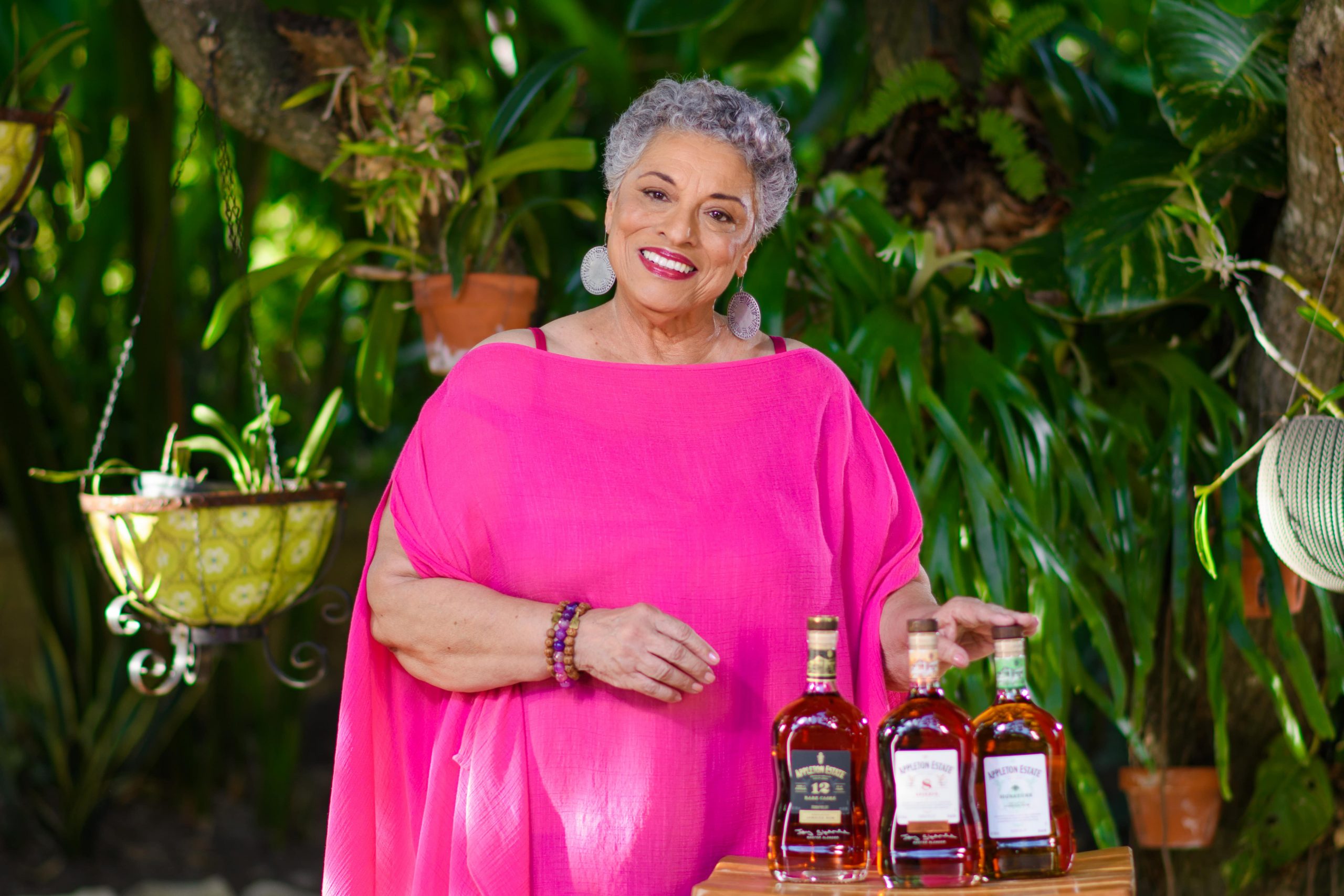 Not many persons have the honour of being recognized as a living legend. Meet Joy Spence: Appleton Estate Jamaica Rum’s Master Blender, a Jamaican who has the distinction of being the first woman in the world to hold the position in the spirits industry.

Her love affair with Chemistry began at age 13 and bloomed throughout high school. She graduated from the University of the West Indies with a Bachelor of Science Degree, First Class Honours. She then spent a few years teaching Chemistry, before following her passion to England, where she pursued a Master of Science degree in Analytical Chemistry at the University of Loughborough. There, she also graduated with Honours and holds the record for having achieved the highest score in final exams.

Upon her return to Jamaica she eventually joined J. Wray and Nephew Limited as the Chief Chemist. In this role, Joy had the opportunity to work closely with the then Master Blender, Owen Tulloch, and this sparked a passion for the art of creating rum. Owen soon discovered that, in addition to being a chemistry whiz, Joy also had a considerable organoleptic talent (the ability to detect, identify and differentiate between aromas) and under his expert guidance, Joy extended her knowledge of the science of the rum-making process to include the artistic side as well.

“Creating a new blend is both science and art,” shares Joy Spence on the process. “Before you start creating a rum you have to have an overall vision of what type of rum you want to

create – do you want to make a rum that is going to be great for making cocktails or will it be a complex sipping rum.”

Next in the blending process is determining the flavour profile. “Do you want a rum that has rich vanilla and oak notes or one that has more fruity and spicy notes – this determines the types of rums that are selected,” Spence further explains of the process.

Once the flavour profile has been established, prototype development begins using different rums of varying styles, types and ages. The prototype that matches the overall vision is selected as the new Blend.

The task of blending rums is a craft that has been honed with great skill, passion and artistry by Joy, who notes that is a very sensory exercise. Blending is a delicate art that can be mastered by a select few bestowed with an excellent palette and an organoleptic talent. The nose of a Master Blender is key to creating fantastic flavour combinations, while building consistency and quality into the blending process.

Dear to her heart was the creation of the limited edition Joy’s Anniversary Blend released in 2017, an ode to her then 20 years as Master Blender and 35 years in the spirits industry. For this 25 year minimum aged blend, Joy hand selected rums from her personal stocks.

Throughout her storied career, Joy has also created numerous special blends, the most memorable of which were those created for President Reagan, Prince William and Prince Harry.