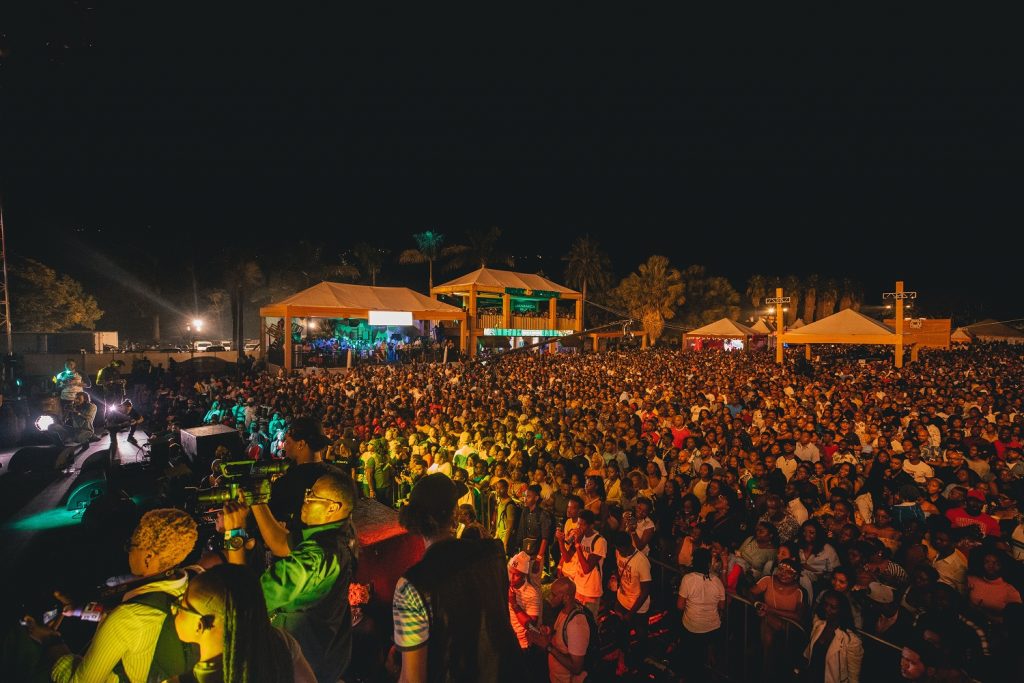 Organisers of Jamaica Rum Festival (JRF) exceeded their expectations of 10,000 patrons, as the second staging logged more than 11,000 people at the Hope Gardens venue. It is for this reason that the festival director is already pondering a bigger venue for 2021.

“We’ve already been speaking about that since last night (February 29). We have to be looking at a bigger venue,” Valon Thorpe told BUZZ. “Jamaicans are interested in the Jamaica Rum Festival, and we need to meet that demand, simple.”

The Appleton Estate-sponsored event unfolded for two days and culminated on Sunday. It flaunted the best of Jamaican culture – from the rum to food, art and music.

Despite overcrowding concerns and the consequent long lines on day one, and audio issues affecting some performers on day two, Thorpe was overall pleased with the event.

“I’m more thankful than anything else, thankful for the patrons and for the team for creating such a world-class event from top to bottom… this has been amazing.”

Among the details that his team will embark on improving for the next staging are the educational seminars that returned this year. Though the JRF added an extra seminar house, Thorpe said rum enthusiasts want more.

“It really is one of the highlights of the festival, and it’s actually the real hidden gem. Dr Joy Spence, the world’s first female master blender, is taking you through her process of creating Appleton Estate, asking you to blend for her to judge it, it’s crazy! People are very impressed, getting signed bottles and it’s a one-of-a-kind experience that you can’t get anywhere else.”

“It’s a good showcase of Jamaican music and Jamaican talent, and it’s a good place for Jamaicans to come and just enjoy the culture and rums,” he said.

For Saturday patron Ranique Brown, this year was better despite the rains earlier that day.

“It’s my second year, and I found it more enjoyable,” she said. “The variety of food was amazing. Last year I didn’t come early enough to get my mug, and this year I did. The entertainment was on spot, Protoje especially, and Spragga Benz and Mortimer were great too. I’m looking forward to next year and many years to come.”

Shanice Tomlinson, who also attended on Saturday, added: “I liked Protoje the most. I think he fits the brand the most, but the rest were all right. I just wish they had cocktail tables because there were a lot of us walking around with the food and that was improper. More seating would have been good too, and I wish all the stalls accepted cards cause I didn’t walk with any cash. Other than that I really liked it.”

It was Leon Dailey’s first year at JRF, and he gave his thoughts on both days.

“Protoje was the best of the two nights based on what I saw,” he said. “The crowd control at the booths could have been better in terms of getting through, but that aside, I enjoyed myself, and I would come another year.”

Patron Andrew Gordon had no complaints.

“It was a good event. Today I didn’t have any issues getting food or getting inside the venue. Yesterday Protoje was really good, I enjoyed Ky-mani Marley tonight.”